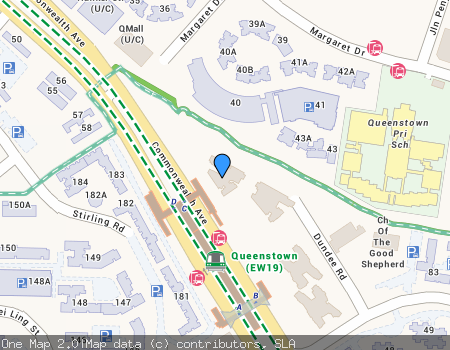 Right next to MRT and yet quiet facing! Grab!

Commonwealth Towers - Accessibility
The fact that Queenstown MRT Station is at doorstep – is a huge plus point for this development and will be the reason most people buy. Queenstown is on the East West Line, three and five stops from the North East and North South Lines respectively. This means residents of Commonwealth Towers can easily be on Orchard Road, The CBD or Marina Bay within 15 minutes.