Guoco Midtown's second condo to launch in about two weeks 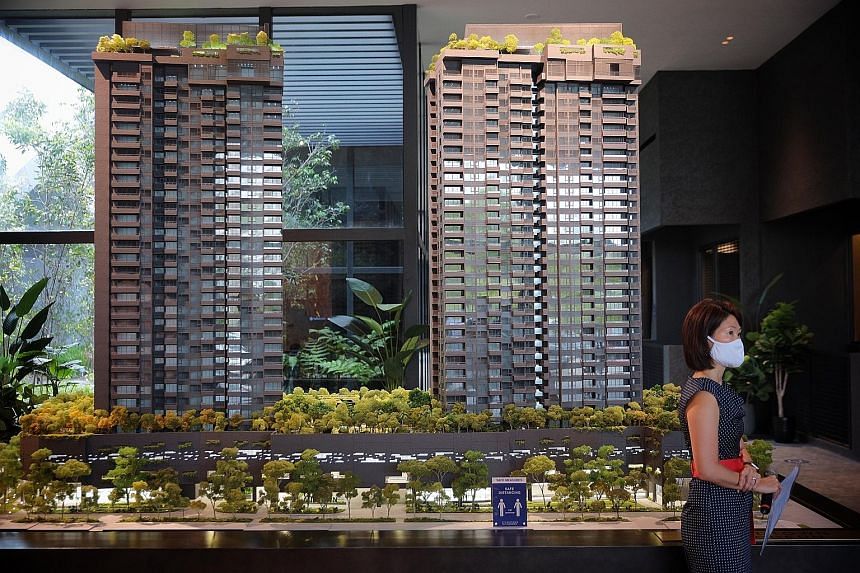 A model of Midtown Modern seen at the media launch of the 558-unit condominium yesterday.
ST PHOTO: JASON QUA

The 558-unit Midtown Modern condominium in Tan Quee Lan Street in Bugis will go on sale in about two weeks.

The condo development comprising two 30-storey towers and a retail podium will go on sale on March 20 and is slated for completion in 2024.
Midtown Modern is the second condo of GuocoLand's Guoco Midtown, a 3.2ha mixed-use mega development in Beach Road.

The project, due to be completed in phases from next year, comprises a 30-storey office tower with 770,000 sq ft of Grade A office space, three retail clusters as well as two condos - Midtown Bay and Midtown Modern - with more than 700 apartments. It also includes a five-storey business and social networking club.

The development is connected to Bugis MRT interchange station, which is served by the East-West and Downtown lines.

Midtown Modern itself is a joint venture between GuocoLand, Hong Leong Holdings and Hong Realty (Private). It will have around 10 thematic gardens and landscape areas, a 50m swimming pool, clubhouse, hot spring and tea house, among other features.

Demand for residential projects in the central business district (CBD) has been healthy despite the pandemic, said Ms Christine Sun, senior vice-president of research and analytics at OrangeTee & Tie.

Ms Sun noted: "The higher sales inked in quarter three and four of 2020 indicate that buying interest picked up significantly in the second half of last year, possibly because many Singaporeans and foreign investors saw the rising potential of properties in the CBD and they are keen to park their money in such properties for the long term."

Ms Wong Siew Ying, head of research and content at PropNex, added: "(Midtown Modern) prices are relatively attractive in comparison with some of the other projects in the core central region.

Midtown Modern is the second condo of GuocoLand's Guoco Midtown, a 3.2ha mixed-use mega development in Beach Road.
"With prices starting from $1.1 million for a one-bedder, it generally aligns with that pricing sweet spot of $1.2 million to $1.5 million for many buyers."
Source: The Straits Times