Achieve the life you want, in the home you love
Property News23 May 2017

Those hoping for a Housing Board flat in some of Singapore's most desirable estates may have their best bet yet in the HDB's latest Sale of Balance Flats (SBF) exercise yesterday.

In addition to 4,802 Build-to-Order (BTO) flats, the HDB is offering 3,946 flats in 11 young towns and 14 mature estates. These are units that have remained unsold from previous launches.

Two towns stand out for the relatively large number of balance flats on offer: Queenstown with 523 units, and Kallang/Whampoa with 263 units. Both are mature estates close to the city centre.

The number of flats is comparable to some smaller BTO projects. For example, the HDB also launched Pine Vista in Geylang, a BTO project with 319 units, and Forest Spring @ Yishun, which has 756 units, yesterday.

Typically, mature estates will see tens of units on offer, not hundreds, R'ST Research head Ong Kah Seng said yesterday. "For a mature location to have a few hundred flats is a bit abnormal."

One reason for the high number of flats in Queenstown this time around is the release of leftover replacement units for those on the Selective En bloc Redevelopment Scheme (Sers). The bulk of the Queenstown flats comes from the SkyParc @ Dawson project, built as one of the replacement projects for residents of 31 blocks in Tanglin Halt Road and Commonwealth Drive picked for Sers.

See also: What is SERS?

The flats are expected to be ready in end-2020.

ERA Realty key executive officer Eugene Lim said he expects the Queenstown balance flats to be oversubscribed by at least three times. "The Sers flats have never been released to the public, and people are excited about the location, which is not only close to town, but has also seen some rejuvenation in recent years."

Marketing assistant Andrea Li, 25, who is eyeing a four-room flat in the area, noted that prices for the Sers project range from $454,600 to $527,200. "Given the location, this is a hard-to-beat price. That there are more than a handful of flats this time around also makes me more optimistic about my chances."

However, in Kallang/Whampoa, it is a different picture. Half of the balance flats are located at Tenteram Peak, a BTO project that was launched in 2012 and whose lease begins this November.

International Property Advisor chief executive Ku Swee Yong said it is not a good sign that 138 units - almost 20 per cent - of the project's 755 units are on offer again this time around.

He said: "Without the final take-up rate, one can only speculate the reasons as to the large number of leftovers, but it could be that it is a long walk to Boon Keng MRT, that it is situated next to the Central Expressway or people don't like living close to the Kallang River."

Asked about the unusually high number of balance flats, the HDB said: "The number of flats offered in each SBF exercise will differ from year to year, depending on the take-up by flat buyers in previous sales exercises. For example, some may decide not to select the flats during the selection exercise, or cancel their flat booking after having booked a flat."

HDB BTO Information at Your Fingertips.

Get the most comprehensive and latest updates of BTO launches, unique project characteristics, nearby amenities, pricing forecasts, BTO news, BTO buying guide - Only on srx.com.sg/hdb/BTO 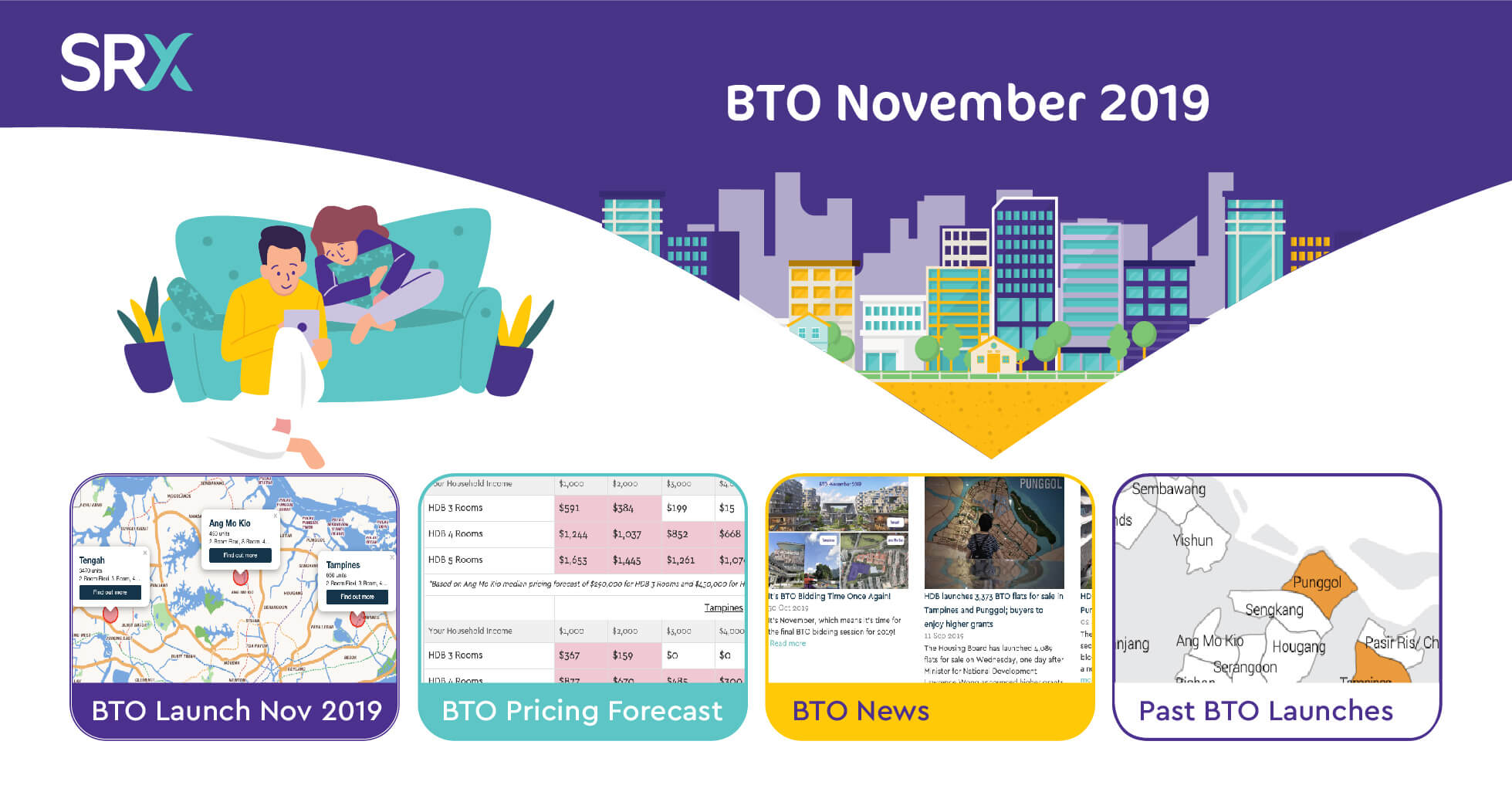 You can ask me basic property questions about transactions, listings, project info and X-value.

1. Where is Gem Residences located?
2. Are there listings in Hillview Regency for 3 bedrooms and budget of $1.5m?
3. For how much can I sell my property?
4. What are the latest transactions in Bayshore Park?
5. Is it cheaper to buy HDB in Tampines or Jurong East?
6. What is the plot ratio for The Sail?
7. How many blocks are there in Ang Mo Kio Ave 3?

Type RESET or HELP whenever you need.
Sevi - AI Bot
Replies in seconds
Chat on FB Messenger for better experience.